Half a century ago, the world was turned upside-down by the sheer innovative prowess of humankind. Not only did 1969 see the first man walk on the Moon - in the spring of that same year, LACH DIAMANT also unveiled its CBN grinding wheels that used the grinding medium BorazonT.

Everyone associates 1969 with the Moon Landing, but not as many people know this was also the year the Jumbo Jet and Concorde made their official maiden flights. Hoverlloyd also launched its spectacular cross-Channel service on April 2, 1969, with a hovercraft named Swift. Not only that, but this was the year the Berlin TV Tower was opened on Alexanderplatz, "The Very Hungry Caterpillar" began its career as a classic piece of children's literature, and Inger Nilsson first wowed audiences as Pippi Longstocking. Strictly speaking, humans also began exploring the uncharted territory that was the Internet in 1969, when the first message was sent between two computers located far apart from each other at the University of California in Los Angeles. And anyone who believes in the conspiracy theory that the city of Bielefeld doesn't exist should know it's even had its own university since 1969! Before we move onto "something completely different", it's also worth mentioning that the first season of Monty Python's Flying Circus aired on BBC this year, too.

Jakob Lach GmbH & Co. KG, better known as LACH DIAMANT, is at EMO Hannover 2019 to revisit yet another quantum leap from that landmark year. This was when the company revolutionized grinding technologies for high-alloy hardened steels and HSS by unveiling its CBN grinding wheels with a next-generation grinding medium, known by the manufacturer General Electric as BorazonT. This makes LACH DIAMANT the only manufacturer in the world that can claim to have offered the entire range of possible CBN grinding wheels and pins ever since 1969. This range was suitable for both dry and wet grinding (for HSS tool grinding, for example), HSS milling right up to the micro-toothing in K-MX 7 (dry) or K-MX 3 (wet) resin bonds, and for surface and cylindrical grinding of high-alloy steels in both resin and metal bonds. To this date, electro-plated G-MX bonds round off the company's CBN range for internal cylindrical and jig grinding for tool and mold construction. In addition to its "tried-and-tested" products - which, of course, have been subject to continuous development for the last 50 years - LACH DIAMANT is at EMO Hannover 2019 to showcase its latest innovations for CBN applications, particularly for series production. One example of these is the new "contour-profiled" grinding wheel. Its precision profile - concave or convex - is inserted into the metal matrix and is designed to make up to three of the grinding cycles previously required unnecessary. What's more, it is said that these precision profiles can be resharpened several times during servicing without any loss of contours, thus ensuring maximum service life. LACH DIAMANT also wants to surprise trade fair visitors with some of the latest innovations and developments in its range of polycrystalline machining tools and diamond dressing tools. So, coming back to the question in our title, it seems that 2019 is when the spirit of 1969 is returning -at least in the world of metalworking. 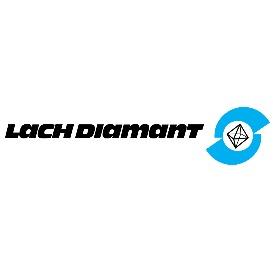 At EMO 2019 you could visit LACH DIAMANT on-site and learn more about the latest products and services. more

This group has a good grip on clamping technology!

The ROEMHELD Group is shining a spotlight on the digitalization and automation of manufacturing processes at EMO Hannover 2019, while also...

Turning a market gap into a niche market

The Schütte Group has its sights set on the gap between traditional single-spindle machines and costly multi-spindle solutions. Its solution...

The leading global machine tools manufacturer Schütte Schleiftechnik GmbH is unveiling the next evolutionary stage in its highly successful...

The KN5Ci will be presented by Kapp Niles as the ideal grinding machine for complex internal machining in the diameter range from 100 to 450...