We've got Industry 4.0 under control

Automation, robotics and digitization with the Heronius SmartFactory - under the banner of "Innovation made in Germany", Heronius is making its very first appearance at EMO Hannover in September 2019 to show visitors how they can control automation systems without a PLC.

The dynamic, new start-up Heronius GmbH divides its operations into three areas - digitization, automation and software development. The company is very clear about its goal - to use state-of-the-art technologies to bring the digitization of production facilities into the age of Industry 4.0 under the headlines Heronius SmartFactory and Heronius 360°. The start-up recently announced its participation in the German Machine Tool Builders' Association (VDW) pavilion at EMO Hannover 2019 to showcase the fruits of its labor under the banner of "Innovation made in Germany".

With the aid of the Heronius SmartFactory and the end-to-end system solution Heronius 360°, it seems it will soon be possible to control automation systems without a PLC (programmable logic controller). The systems are said to be designed in a way that enables completely intuitive setup. In fact, thanks to SmartFactory, users no longer require programming skills to configure even complex control sequences combining several components, such as robots, a machine, peripherals, sensors and actuators. Not only that, but the entire system was developed as a manufacturer-, product- and controller-independent solution from the very outset. 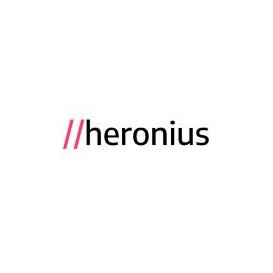 At EMO 2019 you could visit HERONIUS on-site and learn more about the latest products and services. more

Industrie 4.0 Robotics and handling systems
More on the topic

At the „additive manufacturing circle“, technology leaders will present printed parts made from a wide variety of materials that open ...

We are in a phase of major upheaval. Now we are setting the course for the future. This applies, for example, to mobility, jobs, ...

Claiming to offer the world's most versatile FFF printers in its portfolio, Multec is as confident as ever in the run-up to EMO Hannover...

A solution that doesn't have its head in the clouds

FANUC is now rolling out its IIoT platform, FIELD system, across Europe - just in time for EMO Hannover 2019. This state-of-the-art program...

Do you know how your machine is feeling?

Sensor and automation specialist Balluff is at EMO Hannover 2019 to show visitors everything they need to monitor the inner workings of...

A colleague of few words but many talents

Industrie-Partner has developed Robo Operator to help out when staff shortages loom and is unveiling its state-of-the-art solution at EMO...