The key to good quality

KEYENCE offers a whole range of systems for quality assurance and control that can be combined with a variety of applications to suit specific requirements - some of which are now making their debut at EMO Hannover 2019.

Founded in Osaka by Takemitsu Takizaki in 1974, KEYENCE is now one of the most renowned manufacturers of sensors, measuring systems, laser marking systems, 3D printers, microscopes and image processing systems, occupying a leading position among the world's plant automation specialists. This key player is now attending EMO Hannover 2019 to showcase, first and foremost, its latest quality assurance systems – including its XM 3D coordinate measurement system.

This special device can be used to measure components that need to be inspected three-dimensionally, making it ideal for calculating dimensional and positional tolerances, performing quick 3D measurements in production and producing illustrated inspection reports. The XM series features an intuitive user interface and can be used flexibly both in the measuring room and in production. The easy-to-follow user guidance makes it possible for even non-specialist staff to carry out 3D measurements quickly and easily - and the system's handheld probe makes light work of even complex measuring tasks. Not only does the integrated compact camera provide a clear overview of the task at hand, the guidance screen blends reality with the virtual world into augmented reality, pairing actual movements with a computerized photo of the object. Finally, thanks to the device’s wide field of vision, users can set measuring points, no matter the angle of the probe, and even measure larger components with the XM. 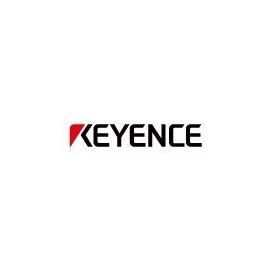 At EMO 2019 you could visit KEYENCE on-site and learn more about the latest products and services. more

How will we manufacture parts in the future? What new and future-oriented technologies are currently available on the market? ...

SCHNEEBERGER has chosen EMO Hannover 2019 to showcase the latest additions to its portfolio of MONORAIL BM profiled guideways. These new...

Do you know how your machine is feeling?

Sensor and automation specialist Balluff is at EMO Hannover 2019 to show visitors everything they need to monitor the inner workings of...

Alongside a series of process control solutions for the smart factory, Renishaw is also at EMO Hannover 2019 to unveil the new NC4+ Blue...