Sparks are most certainly flying

Zimmer & Kreim (ZK) has more than 30 years of experience in engineering cavity-sinking machines. Its genius range enjoys a particularly strong position on the market and has been continuously developed and improved over the years. Recently, however, the company decided to reconsider its approach - should it continue to tweak the technology, or break the mold? That's how the company's founder, Klaus Kreim, recalls the beginnings of the "genius 900 NOVA", a die erosion machine that has been completely redeveloped from the ground up and is being exhibited for the first time at EMO Hannover 2019.

Although the company's in-house generator technology and the 5th generation of its control system are still the beating heart of all ZK machines, virtually no other stone has been left unturned. For example, the substructure of the machine is no longer made of gray cast iron, but of thermo-symmetric mineral casting instead. This increases the weight of the machine base, which results in even faster axis movements and more accurate circular motions. The drive of the controlled C axis and the position of the coupling have also been modified. The aim was to gear the machine’s power and performance toward the profile of a high-end machine. "We have set out to build the best machine in its class," says Armand Bayer, Managing Director of Zimmer & Kreim, describing the project. The previous genius user interface has also been completely overhauled to account for groundbreaking human-machine interfaces. It now offers systematic, intuitive user guidance on a Windows 10-based touchscreen with an aspect ratio of 16:9. What's more, the machine has even more innovations to offer. If all that sounds appealing, then a visit to EMO Hannover 2019 is highly recommended. After all, why pass up on the chance to scrutinize the brand new solution in detail and put its capabilities to the test live? 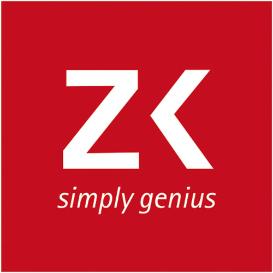 At EMO 2019 you could visit ZIMMER & KREIM on-site and learn more about the latest products and services. more

The sharpest tool in the shed

The sharpening specialist VOLLMER is putting its V@dison digital initiative center stage at EMO Hannover. Thanks to the newly developed IoT...

Diamonds are a machine's best friend!

Taking center stage at the VOLLMER stand at EMO Hannover 2017 is the new VPulse 500 wire erosion machine, which features a new erosion...

The reworked Edaf series from Makino is equipped with a newly developed generator. For the first time, the so-called Heat (High Energy...

High precision on the workpiece

Makino promises very high precision on the workpiece for its new UP6 wire EDM machine. The system will be presented with a new wire feeding...