As a Siemens pilot customer, GEORG is attending EMO Hannover 2019 to unveil the digital twin for two of its machine tools, making it one of the world’s first manufacturers to have already taken the next concrete step in the digital transformation – with the new generation of CNC, Sinumerik ONE.

Until recently, the engineering of large machine tools would usually follow the same sequence. While the prototype was being developed and built, the software would be programmed at the same time - and the processes and workflows would only be brought together and optimized during commissioning. However, this approach is fundamentally changing with the advent of the "digital twin". Using the next generation in CNC technology, Sinumerik ONE - which Siemens is unveiling to the public for the first time at EMO Hannover 2019 - all development processes can be mapped beforehand in a virtual environment. Siemens gives the following example: While a machine is still being manufactured, the control software is not only written, but also tested in a virtual world. At the same time, future users are trained on operator consoles that exactly match those of the machine that will ultimately be delivered.

As a specialist in machine tools and a pilot customer of Siemens, Heinrich GEORG GmbH has already implemented the digital twin in the form of Sinumerik ONE for two of its machines - the GEORG ultragrind SG2 grinding machine and the GEORG ultramill H moving column milling machine. The company aims to gradually offer further machine tools that feature this new control technology, which is geared toward digitization from the very outset. But GEORG is taking things one step further. Running high-capacity machines to process complex workpieces poses special control and operating demands, so the company has developed its own intuitive control system based on Sinumerik ONE - GEORG smartcontrol UG. With this system, the digital twin can be used for training and testing purposes - in combination with either the actual operator console or a virtual equivalent. Dr. Wieland Klein, CTO at GEORG, is certain the digital twin will deliver tremendous benefits for his customers: "The GEORG digital twin is key to the digital transformation of our machines. It allows us to simulate and test our customers' operations in a completely virtual environment. Thanks to the interplay between the virtual and the physical machine combined with GEORG's engineering know-how, our high-capacity machines and the new high-performance Sinumerik ONE software, our customers are sure to benefit from significant productivity gains in manufacturing. As a Siemens pilot customer, we are the first to offer applications based on this groundbreaking new system." 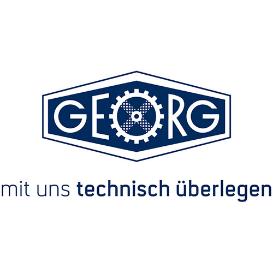 At EMO 2019 you could visit GEORG on-site and learn more about the latest products and services. more