Based in Vitoria-Gasteiz, Spain, ZAYER has been developing and building high-quality milling machines and machining centers ever since the late 1940s. It all began in a workshop of just 200 square meters, where two years of intensive preparations produced the first milling machine models to feature a saddle. The company's unstinting development from the start prompted the ZAYER management team to expand operations into the neighboring industrial estate in Betoño in 1957, where it immediately built its first large-scale facilities. ZAYER completed its most recent expansion in 2010, when it moved into a workshop that spans an impressive 20,000 square meters and enables its staff of 166 employees to manufacture machinery up to 13 meters in height. Of course, the new ARION G turning and milling center, set to debut at the upcoming EMO Hannover, doesn’t reach quite that high.

The newly developed ARION G turning and milling center from ZAYER is designed to enable users to perform complex turning and milling tasks on a single machine, with which the company is aiming to set new standards in terms of versatility, flexibility and ergonomics. According to Iberimex, the importer overseeing ZAYER's trade fair showcase, the ARION G is a highly robust and extremely dynamic manufacturing solution, which is both easy to operate and maintain. 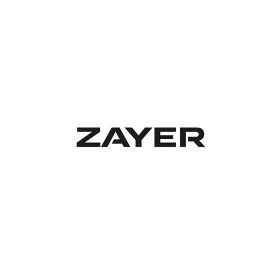 At EMO 2019 you could visit ZAYER on-site and learn more about the latest products and services. more