The new SpindleSense monitoring system from Schaeffler is set to make overloads and the resulting spindle damage a thing of the past. The company is showcasing the first series-production-ready units at EMO Hannover 2019.

According to Schaeffler, a machine tool's main spindle is crucial to the performance capabilities of the machine as a whole - it is the heart of the system and largely defines the cutting capacity, surface quality and precision that can be achieved. In turn, the bearing of this spindle is one of the hardest-working components because it needs to transmit machining forces precisely at very high speeds for long periods of time and the risk of collisions can never be eliminated completely. So it comes as no surprise that the majority of machine tool downtimes can be traced back to faulty spindles, with the main causes being collisions and continuous, but undetected, overloads. In milling, for example, the combination of extremely high radial loads, long tool protrusions and high speeds leads in particular to high loads and unfavorable kinematic conditions on the spindle bearing near the tool. Yet these loads, which in some cases breach permissible limits, have so far often slipped under the radar, as users lacked an appropriate tool for detecting borderline spindle bearing loads. The new SpindleSense monitoring system from Schaeffler aims to solve this problem.

A sensor system integrated into the spindle bearing measures the displacement of the spindle shaft under load in a very high resolution and in five directions - three translational and two rotatory. If the deflections measured on the rolling elements exceed a critical threshold, the sensor ring transmits an electrical warning signal to the machine's control system. The threshold is based on an assessment of operation-related bearing parameters such as compression, spin/roll ratio and cage pocket clearance and is set individually for each type of spindle and machine. The first series-production-ready SRS sensor ring units including radial and axial measuring rings with an inside diameter of 70 millimeters are now available for customers to try out for themselves at EMO Hannover 2019. Additional sizes with an inside diameter of 80 and 100 millimeters are due to be added by the end of the year. All units have a standard width of 16 millimeters. SpindleSense comes with an SST setup service tool that can be used to parameterize the system and put it into operation. 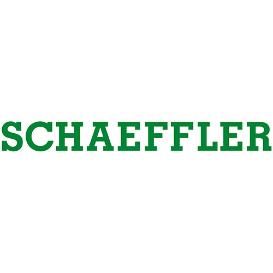 At EMO 2019 you could visit SCHAEFFLER on-site and learn more about the latest products and services. more

How to handle sensitive giants

At EMO Hannover 2019, SpanSet secutex showcased Coilprotect - an efficient solution for the safe handling and protective storage of strip...

SCHNEEBERGER has chosen EMO Hannover 2019 to showcase the latest additions to its portfolio of MONORAIL BM profiled guideways. These new...

Besides showcasing the M400 and M600 single-shaft shredders as compact solutions for "everyday swarf", Erdwich is also set to wow visitors...

Bearing up in tight spaces!

HIWIN is setting out to make a big impression at EMO Hannover 2019 with the compact and exceptionally rigid crossed roller bearings of its...