Lathes are taking an intelligent turn

Companies will soon be able to integrate lathes manufactured by DMT into commonly used monitoring systems thanks to the specialist’s latest innovation - "Module 4.0" - debuting at EMO Hannover 2019.

End-to-end networking is crucial to smart factories and the intelligent machines operating within them. Companies rely on this feature to continuously monitor their production processes, enabling them to identify issues such as potential system damage early on and thereby avoid costly downtimes. With its new "Module 4.0", DMT Drehmaschinen GmbH & Co. KG has developed a solution for integrating its lathes into intelligent production processes as the perfect companion to the "FZM18" remote access unit released just last year. The new "Module 4.0" is making its debut at EMO Hannover, where the company will also be accepting the first pre-orders for lathes equipped with this innovation (scheduled for shipping from December 2019).

"As state-of-the-art production chains are becoming increasingly digitized, many of our customers would like our lathes to feature enhanced connectivity to make them easier to integrate into their production control infrastructures," explains Peter Walter, Head of Sales at DMT Drehmaschinen GmbH & Co. KG. "At the same time, however, they also want more information and diagnostic capabilities regarding the machine status so as to fully harness networking potential and optimize process steps." By developing the new "Module 4.0", DMT is committed to fully meeting these demands, as this solution comes with an additional function that checks the systems’ current operating status, thus offering an end-to-end interface solution for smart applications in DMT lathes. 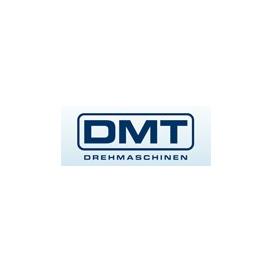 At EMO 2019 you could visit DMT DREHMASCHINEN on-site and learn more about the latest products and services. more

Back to the roots

Lathe pioneer SEIGER is among the few to resist the hype surrounding the smart factory, instead using EMO Hannover 2019 to present a...

This company has truly cracked the automobile industry!

KRAUSE+MAUSER is bringing a number of its latest innovations for the automotive industry to EMO Hannover 2019. Among the exhibits is a...

Tools at the cutting edge

EMAG eldec, a specialist in induction hardening and induction heating, is at EMO Hannover 2019 to showcase the MIND-L 1000, the new and...