High-tech from the Bosphorus

Turkish mechanical engineering company Tezmaksan Makine is celebrating its debut at EMO Hannover 2019 and unveiling two products from its home market that have been developed specifically with Industry 4.0 in mind. CubeBox and software package Kapasitematik are set to go international in 2020.

Founded in Istanbul by Mustafa Aydoğdu in 1981, Tezmaksan Makine Sa. is exhibiting at EMO Hannover for the first time this year, bringing with it two innovations that are being geared up for export. CubeBox and the software package Kapasitematik fit perfectly with the company's slogan for the fair, "Smart technologies giving shape for the future's production." Developed very much with Industry 4.0 in mind, these solutions are set to bring something very special to the European market when they are rolled out for export, which is currently slated for 2020. Tezmaksan anticipates achieving annual exports worth one million euros with Kapasitematik by 2023 and as much as five million per year with CubeBox.

CubeBox is a fully automated loading and unloading system for CNC machines that is designed to work 24 hours a day error free, without operating staff having to lift a finger. However, the product really comes into its own as an efficient solution for the night shift. Thanks to its design, CubeBox is reported to be compatible with all standard CNC machines, control devices and brands of robot. Its developers also claim it is approximately 20 percent cheaper than company-specific robot systems. It is said to be so easy to set up that even staff with no programming expertise can have the system up and running in the space of a day. It has also been designed so that customers can replace key parts themselves as and when necessary. What's more, the pallet changing capability of CubeBox can even fill and empty the tool chuck in the operator while the robot is working with the machine. And that's not all - due to its mobile flexibility, the system can easily be transported from machine to machine within the factory. 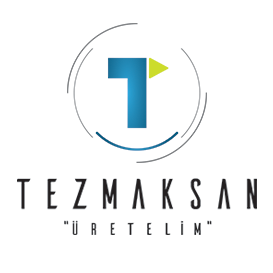 At EMO 2019 you could visit TEZMAKSAN MAKINA on-site and learn more about the latest products and services. more

Efficiency and productivity are the key values in economical manufacturing. Whether in die and mould making or short-cycle series ...

No longer lost in translation

Murata Machinery and Silex Technology have partnered up and are bringing the new umati-compatible OPC UA protocol converter FBR 100AN to EMO...

Fehlmann AG is a leading manufacturer of machine tools, offering high precision and productivity from a single source - whether it's for...

Don't worry about getting too close!

PCI SCEMM, Cetim and Arts et Métiers (AMVALOR) are unveiling a world-first to international visitors at EMO Hannover 2019. Their new...

As a Siemens pilot customer, GEORG is attending EMO Hannover 2019 to unveil the digital twin for two of its machine tools, making it one of...