An elite partner with something for everyone!

At EMO Hannover 2019, BURKHARDT+WEBER is exhibiting a powerful horizontal MCX machining center with integrated pick-up station to demonstrate its transformation from a machine manufacturer pure and simple to a technology partner for its customers.

By its own admission, BURKHARDT+WEBER (BW) has spent the past two years focusing on establishing an unusually small series of machines by its own standards, but it is now once again pulling out all the stops at EMO Hannover 2019. Among other things, the company is using the world's premier trade fair for the metalworking sector to show what it believes BW is now all about, with strong, highly individualized machining centers adapted to customer requirements - entirely in keeping with the "Customized by BW" brand claim.

The concept of BW's highlight at this year's trade show is therefore responding to its customers' calls for a machine that can handle particularly long and heavy tools with large diameters while also complying with the stringent dimensional and positional tolerances of the electric motor housing. Since it was also necessary to support boring depths of up to 1,100 millimeters in conjunction with diameters of 680 millimeters - dimensions that quickly add up to a tool weight of over 75 kilograms - much originally pointed to a vertical turning machine being the best fit. The innovative solution ultimately devised in collaboration with EMOD Motoren GmbH was admittedly very different, combining a powerful horizontal MCX machining center and a pick-up station. At the end of the day, this pairing promises greater flexibility and higher productivity. Visitors to EMO Hannover 2019 who now also see themselves more as technology partners than machine manufacturers pure and simple can see this sophisticated system in all its glory. "Nowadays, people want more than iron and steel - especially in the case of large machining centers that often represent a significant and strategic investment for customers. Our projects aren't simply about the machine, but more about a holistic, forward-looking concept that requires us to become something akin to a system supplier. This involves considerations such as process optimization, integrated production and - naturally - digitalization," says BURKHARDT+WEBER’s Sales Manager Michael Wiedmaier in reference to the company's latest development. 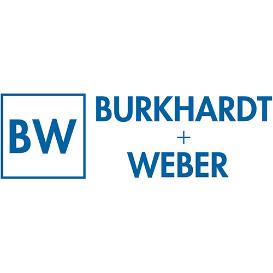 At EMO 2019 you could visit BURKHARDT+WEBER on-site and learn more about the latest products and services. more