A turn for the better

The Kistler Group is at EMO Hannover 2019 to unveil a product it has developed with Paul Horn GmbH - the world's only solution for monitoring tools for micro-turning processes. Data obtained from the system is to provide information about the tool's expected service life.

The Piezo Tool System (PTS) is an innovative solution for monitoring tools used in micro-turning processes and is taking pride of place among the new cutting force measuring solutions in the company's showcase at EMO Hannover 2019. PTS is designed to measure cutting force in real time and use these measurements to provide information about the service life of tools or cutting plates, thus ensuring more efficient production processes and saving money and resources.

The Piezo Tool System consists of a piezo force sensor and analytical software. It measures the cutting force and tool load while the machine is in operation. The system reportedly identifies defective cutting materials or tool breakages immediately, thus reducing waste to a minimum. According to its developers, the new solution is ideal for use in micro-turning processes. One of the reasons for this is that alternative measurement methods such as spindle monitoring would not return useful results due to minimal deviations in drive power. Likewise, they point out that measuring structure-borne sound does not deliver consistent results for small workpieces. The developers also rule out visual solutions due to the use of cooling lubricants and the high rotation speeds during the machining process.

PTS continuously records cutting forces and, according to Kistler, this data can then be evaluated to give customers a trend analysis of the cutting tool's service life so that tool service lives can be utilized to the full for a more efficient production system. What's more, the company reports that employees no longer need to continuously monitor machines, which means production can run partly autonomously. "Our tests have shown that in most cases, it's only the critical tool in a manufacturing process that needs to be equipped with PTS," explains Gunnar Keitzel, head of the cutting force business field at Kistler. "This results in vastly increased tool lifetimes - but that's not all. Personnel can also be deployed more efficiently. One single employee has an overview of all the processes, so he or she can supervise several machines at the same time." PTS is compatible with standard turning tool holders from Horn. According to Kistler, its new solution does not require any interventions in the CNC control, so use of the system is not machine-dependent. 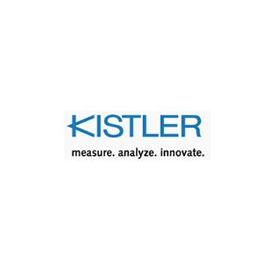 At EMO 2019 you could visit KISTLER on-site and learn more about the latest products and services. more

We are in a phase of major upheaval. Now we are setting the course for the future. This applies, for example, to mobility, jobs, ...

JAKOB Antriebstechnik is playing the long game at EMO Hannover 2019, where it showcases its "Simple-Flex" line that offers an innovative...