A new era in print-ready strength

Swedish-based VBN Components AB sees the Additive Manufacturing Circle at EMO Hannover 2019 as the perfect place to launch its new alloy Vibenite 480, said to be unique in the world of additive manufacturing.

VBN has declared itself the only company in the world that can print fully functional components in carbide using EBM technology – and it is coming to Hannover. By showcasing its Vibenite 480 alloy, the Swedish company aims to prove it is already possible to 3D print materials with an extremely high carbide content. The new metal is said to contain 65 percent carbides, which the company claims is unrivaled in additive manufacturing and even considered "impossible" by some. The carbides are small and well dispersed so that a tougher structure can be achieved compared to conventional sintered carbides. According to the company, the corrosion-resistant material has a hardness of ~ 66 HRC that has been measured with a long-term heat resistance of 750 degrees Celsius.

The engineering innovation is claimed to enable rapid product development for components such as gear hobs and rock drills. What's more, since the manufacturing process is not restricted by chip-forming machining processes, pressing operations or sintering, product developers can let their imaginations run wild. Besides all that, the efficiency of 3D printing makes it far more environmentally friendly than conventional methods. Vibenite 480 is based on a metal powder that is produced on a large scale using gas atomization, which reportedly minimizes both costs and environmental impact. The new material, which combines the toughness of powder-metallurgical high-speed steels (PM-HSS) with the heat resistance of carbides, is also known as a hybrid carbide. "It is a particular kind of satisfaction to be able to offer our new hybrid cemented carbide to customers who have been asking for this for some time now," says Ulrik Beste, CTO and one of VBN’s founders, before adding: "We are starting a new era in Swedish material history!" 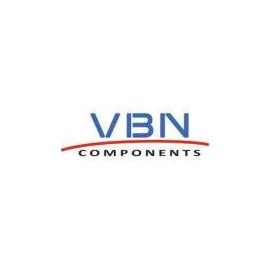 At EMO 2019 you could visit VBN COMPONENTS on-site and learn more about the latest products and services. more

Come to EMO Hannover and experience the worldwide trends in the world of metalworking. See how smart technologies drive tomorrow's ...

OPEN MIND, a manufacturer of powerful CAM solutions for machine tool and control independent programming, is delighted with this year’s...

Batch size one - and quick about it!

In the run-up to EMO Hannover 2019, BAM GmbH is launching its new digital manufacturing platform up2parts. This online portal for custom...

Whether new electric cars or the boom in e-bikes, e-mobility is becoming ever more popular as a way of getting from A to B. However, that...